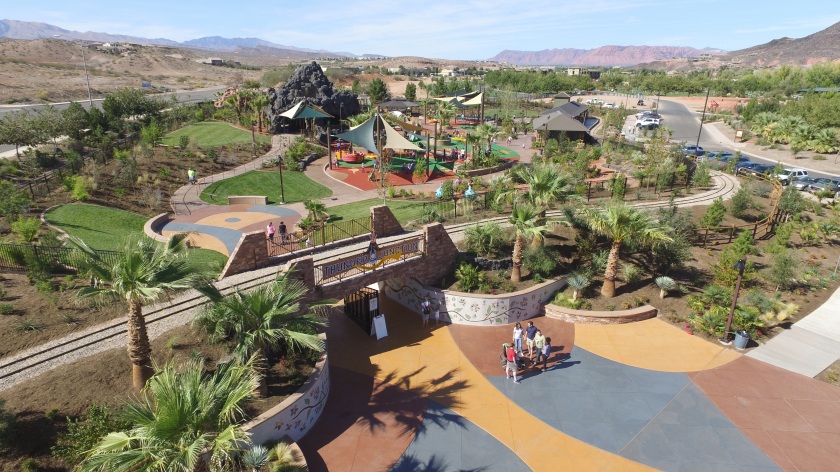 The new Thunder Junction All Abilities Park in St. George is a dream come true for children of all abilities. It’s an inclusive park where children can play in spite of their physical limitations.

Children with disabilities often cannot play in a standard play area – and can‘t benefit from the incredible social, physical, and emotional benefits that play provides. Notts Sport were proud to help the City of St. George build this fantastic new park and playground. The remarkable play space offers accessible and sensory-rich equipment that enchants and delights children both with and without disabilities. 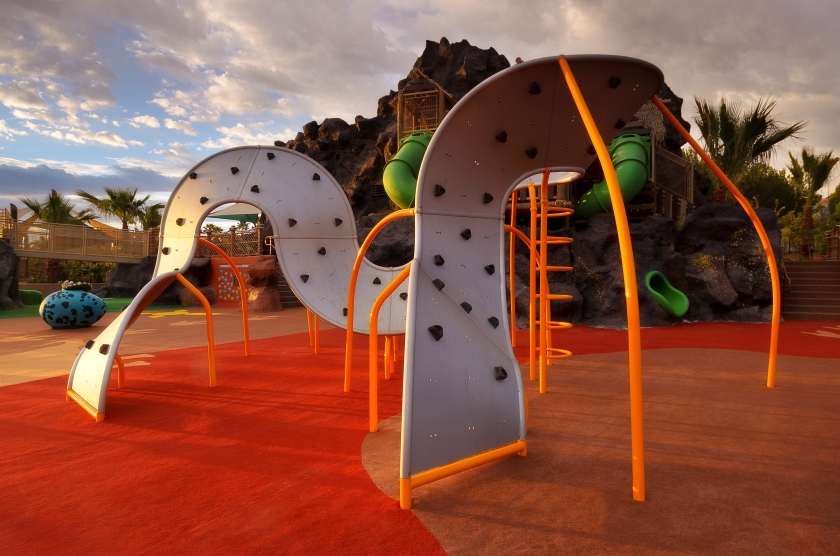 The dinosaur themed park features playground equipment that is wheelchair accessible so that all children can enjoy the swings and the slides. Wheelchairs can also board the train which circles the park. Play areas surround a huge volcano as faux-dinosaur skull spills water onto a splash pad.

This universally accessible playground will give all the children in the community the chance to play, to grow, and to learn side-by-side. 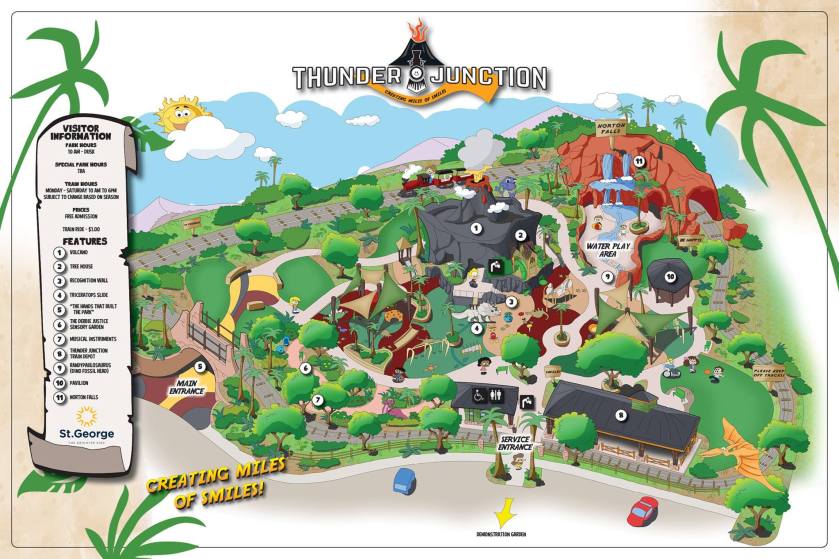 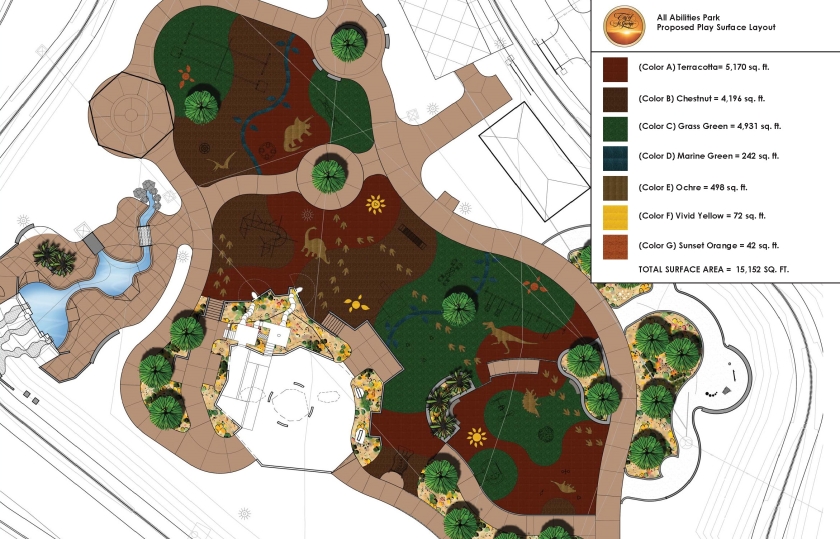 Warden Park Academy’s state of the art ShockWave 3G pitch opened recently to crowds of eager children and local sports enthusiasts in West Sussex. The multi-use facility is ideal for both Rugby and Football, as the ShockWave jigsaw-like tiles that form the foundation for 3G grass are designed to absorb impact from high contact sports. 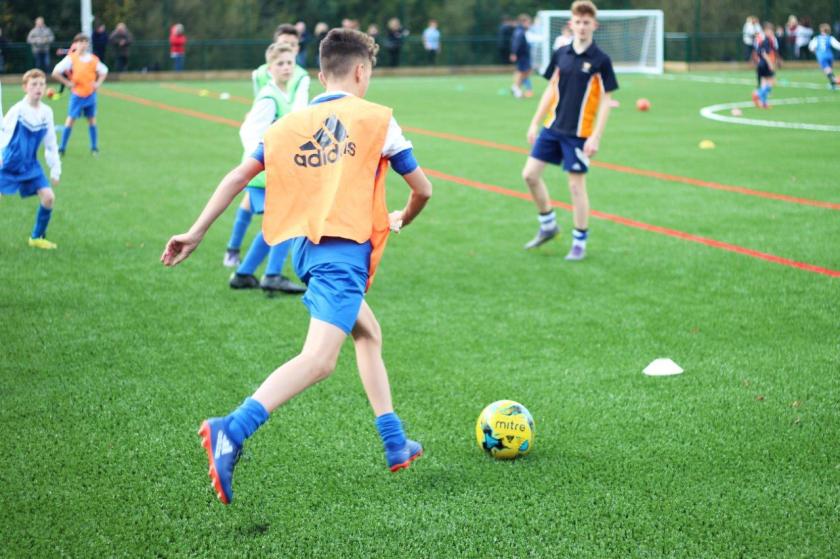 Legendary England player, Lawrence Dallaglio was there to cut the ribbon and gave a rousing speech about the future of sport to the school.

A sudden downpour of rain came down during the event to really put the ‘All Weather’ pitch into practice, as the kids demonstrated their commitment and continued to train on their new facility.

This pitch is one of many sports pitch projects funded by our unique Fast Track Funding initiative. To find out more visit our website. 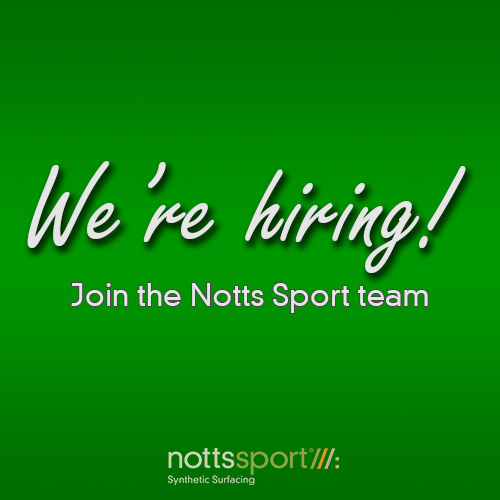 Notts Sport Ltd. are the leading specialist in design, advice, and supply of synthetic surfacing systems for sport, play and leisure throughout the UK and overseas.

Due to the continued growth and business development in the UK and overseas Notts Sport are seeking a Technical Installation Assistant to join our enthusiastic team.

The ideal attributes of the successful candidate will be:

Key tasks to be performed by the successful candidate will be:

The successful candidate should also have a full driving licence, a valid passport and be in a position to stay overnight when needed

To apply or to find out more about the position please send your up to date CV with a covering letter to simong@nottssport.com with the title of the email “Job Application – Technical Installation Assistant ”. 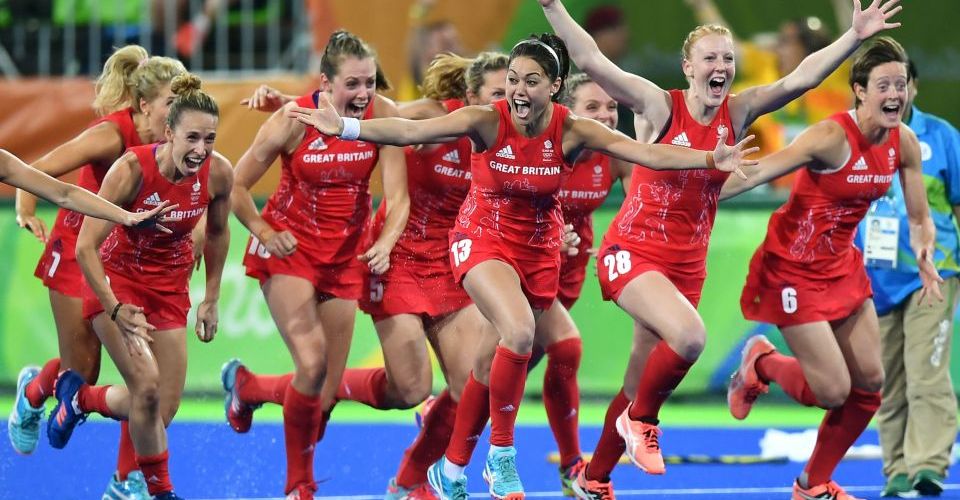 The renewed partnership, which will run until 2021, means Notts Sport continue their fantastic work in collaboration with England Hockey, ensuring that clubs, schools and local authorities can deliver the best new and refurbished hockey facilities to help grow the game in communities up and down the country.

The announcement comes four years after Notts Sport began working with England Hockey, offering Facility Design, Advice & Supply. The extension of the partnership provides an emphatic endorsement of the quality of service the company provides.

As well as the renewal of the Official Facilities Partnership, England Hockey and Notts Sport are also proud to announce their continuation as Official HockeyFest Partner. With Notts Sport’s help and the uplift in exposure hockey has received following the Olympics campaign, the 2016 HockeyFest initiative was successful in inspiring young and old alike to pick up a stick. Notts Sport has supported this fantastic nationwide event, which runs annually, to grow participation levels at hockey clubs around the country. In the extended partnership, the company will carry on working alongside England Hockey to encourage people to give the sport a try whilst enhancing the relationship between clubs and their communities.

Not only will Notts Sport continue with both these partnerships, the company has also announced that it is extending its investment within hockey. From the 2017, Notts Sport is proud to become Title Partner of the Schools Championships for Boys and the England Hockey Schools Conference. This will help to extend the reach of hockey even further giving more opportunities for children to play and be involved in hockey.

England Hockey Commercial Director Jon Cockcroft says: “We are delighted to have extended our partnership with Notts Sport through to 2021.  The market-leading work they undertake with our clubs and schools is critical to the facility provision for hockey and the support they provide our initiatives, such as HockeyFest, enhances the experience for existing and new players alike.  We look forward to working with Duncan and his team as hockey continues to make positive strides on and off the pitch.”

Notts Sport Managing Director Duncan Bennett says: “We care passionately about hockey and our partnership with England Hockey goes far beyond a pitch. We are equally as proud of HockeyFest and our involvement in supporting hockey as a sport, as we are the ongoing delivery of high-quality hockey pitches throughout England.

“We are extremely proud of the continued success of our relationship with England Hockey since we began in 2012 and look forward to an exciting period for the sport, building from the success of Rio 2016 with ambitious plans for the future development of the game.”